A downloadable game for Windows

Romance, seduce, and even marry your own drawings! Forget about finding true love; In Doodle Date, you create it!

From your Dream Date, to the movies you watch, to the very food you eat, and much more!

Go from flirting, to seducing, to eventually marrying your own dream date in a romantic, drama-filled tale for the ages!

Choose from two different love interests and experience the different life paths you go on with each! (With a secret ending to boot!)

NOTE: Doodle Date is designed to be a short and sweet experience at around ~1 hour total.

BONUS: Each purchase comes with a redeemable Steam key in addition to the DRM-free download.

In order to download this game you must purchase it at or above the minimum price of $1.99 USD. Your purchase comes with a Steam key. You will get access to the following files:

I had a lot of fun playing this game. It's a quick sit and it gets a little cringe at parts, but it was overall a very pleasant and funny experience. I wasn't under any delusions that I was going to draw anything good with a mouse (I attempted to draw an orange and ended up with an okay strawberry), so my sketchy was a slime with a bow. Made some of the more intimate parts really weird but that also lent to some of the charm of my play through. Here's a recreation of the five expressions I did. Excuse the image quality, my phone is a potato.
Slime Sketchy recreation link

Included in our review was Doodle Date!

​I had more fun than I expected playing this game! The narration was a little cringy, but I think it all played well in the story. I don’t know if there are multiple endings, but I feel like there could possibly be a couple of different paths, if not endings. The only real complaint I have is the controls. I wish I had more freedom over the “brush” to size it, and I wish it was anti-aliased. As a suggestion, I think this game might be really hilarious if it was developed more like a Mad-lib.

its good! worth the buy? i dont really think so... but thats only my opinion. also does anybody read these?


Then the fruit shows up


Why did you do this to me?

I saw this game a while  ago on game grumps and decided to make my own video on it as well! I think this is such a cool concept and it makes me laugh.

It's pretty good! I'm just sad that there's no drawing tablet support. (Or at least mine didn't work?)

I don't know about wacom pens and things, but I just used a rubber tipped pen you can get from a bank or something with my tablet and it worked fine.

just finished doing claire's route after doing sketchy's (i had drawn a character i self ship with....man did i get sad at the end with the divorce :( )

this got some f-cked up shit but yaknow, love it xD

tho i gotta say- damn did i get uncomfortable with MC when he(?) started spilling some bs with the sex situation. that was obviously intended to not be a very good mindset but oh boy sdhudfi i had a stroke at what was said/done to sketchy, wth, i wanna punch MC

mario divorce in this one

The concept of drawing out an npc in the game is a great idea but the game needs more content. Feels like it should've been a funny lighthearted game but instead was trying to push some kind of weird deepness which felt a bit forced

What the heck did I just played. Well done!

I can't wait to buy this real soon! And it comes with a Steam key too? BASED DEV! 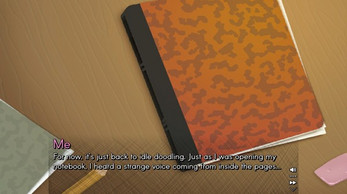 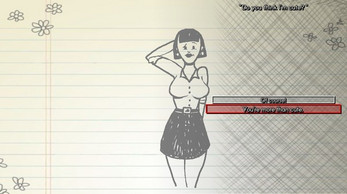 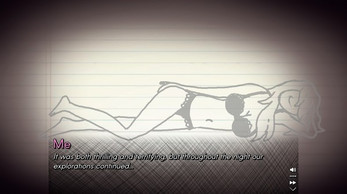 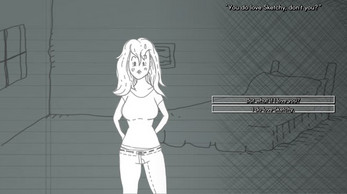 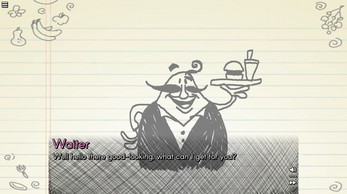